Many of the tools developers are using to create Oculus Rift games support Mac OS as a platform. This is great news for OS X users who are usually shunned when it comes to great gaming experiences. If you have a Mac and wondering if you should get a Rift these are my favourite games to show off it’s potential:

Half Life 2
Half Life 2 is is a paid game and if you don’t already have it I recommend hanging on until the next steam Sale where the game often ends up being cheap as chips. It’s a nice demo to show people because Valve have really thought about how virtual reality games might work when your sitting facing in one direction; they have used s combination of head movements and mouse to control the players view and it works really well.

The wsad movement is slightly harder when you cant see the keyboard and this one might be best saved for gamers who have their finger muscle memory trained.

If you are to cheap to buy HL2 you can always get Team Fortress 2 for free, but it’s fast pace and quick deaths might give people new to the Rift some motion sickness. 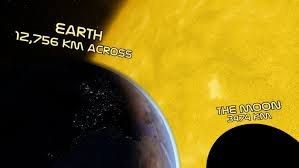 Explore space with Titans of Space

This is a neat one to convince parents to buy you one for the educational content, the idea is simple. You sit in mini spaceship that flies around the planets. Every so often it will stop and tell you some details about the planets you can see. It’s really engaging and easy to use. I think there is only one button to press to get it to work.

Parrot Coaster
While I prefer to show people RiftCoaster it only works on Windows and has a rather large download size. Parrot Coaster is a simpler roller coaster simulation that works on the Mac and is a smaller download size.. You can’t move anything except your head using the Rifts sensors making this one a good demo for non-gamers who find i

t hard to fiddle with controls while wearing the rift.