Installing Pokemon on Android based phones 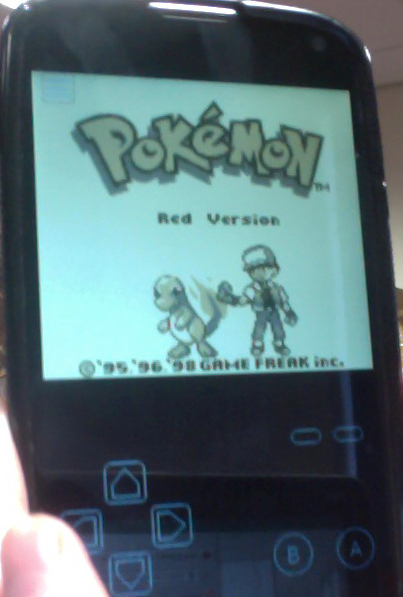 Installing the old Pokemon games on your Android phone is pretty easy. I’ll leave moral judgement on emulation down to you. Some gamers claim that if you bought the original cartridge you are allowed to download the games; I won’t get in to this argument other than to say that if a game from 15 years ago is no longer supported then I think there is an argument to keeping it alive.

I use an application called My Oldboy, which you need to install on your Android device. If you want Gameboy Advance games then you’ll need a separate emulator as this only supports Gameboy and Gameboy Colour games. On your Android phone head over to the Play Store and search for My Oldboy, there are two versions a paid and a free version. The free version doesn’t let you save the game state in the emulator, but save games will still work they they did on the original gameboy. For example, you want be able to press save game in the Oldboy menu , but you will be able to save at the Pokecentre ot whatever it is called.

2) Grab the ROMS you want to play

Once you have the emulator it’s as simple as getting the Rom. I won’t post any links on this site but doing a quick Google search for “coolroom”  should lead you to the right place. From there search for the version of Pokemon you are after. If you are doing this on your Android phone then the file is usually downloaded to a folder called “downloads”.  Once you’ve downloaded the Rom on your phone it’s simply a case of opening My Oldboy and browsing to the file, you don’t need to unzip it.

Here is a quick video of the process:

it is a good game