A developers business model is often something I take in to consideration when purchasing a game. For example I’m not a huge fan of free to play games with in-app purchases; I feel since these purchases effect the balance of the game it will skew how the game is designed. For example some levels may be slightly too hard in the hope that you’ll buy a better weapon or more lives. I find this is even more frustrating for multiplayer games where those who pay less have a harder time battling it out then this who don’t. I am also happy to pay up front for beta access to games if t is the only way a developer feels can take a creative risk or avoid getting involved with a major publisher. I’ve recently gotten access to Project Zomboid and had a copy of Natural Selection 2 a good few years before it came out (and now its out and EA can’t sell me anything pay to win through it I’m damn glad I did). I tend to buy games that make it clear what the cost is upfront and what I’ll receive for that price.  That way I never feel the disappointment that a game is designed in a certain way in the hope I’ll spend a bit more cash.

When I’ve purchased a game there are two ultimate sins the game can commit:

1: Thou shall not change a paid game to a free to play game with in in-app purchases after gaining a loyal following who have paid.

One of my favorite android games was New Star Soccer, I’d had really good experiences with the game and the developers. I paid for this game about 6 months ago, the game was cheap but very enjoyable. It was no Fifa 14, but then that was it’s charm. A few weeks ago the game went free to play, since I’ve already paid for the game the developers gave me a special version of the game which lets me do a few things the freebies can’t (mainly transfer to another club) but the game had clearly changed in the hope I’d pay extra for some in-app purchases. Firstly it was now impossible to get the best power ups, these were reserved for people willing to pay real cash. Secondly the start of the game had got much harder. The options to combat the increased difficulty being a)  Spend hours building up character stats b) pay for some in game currency to buy stats. Not happy. 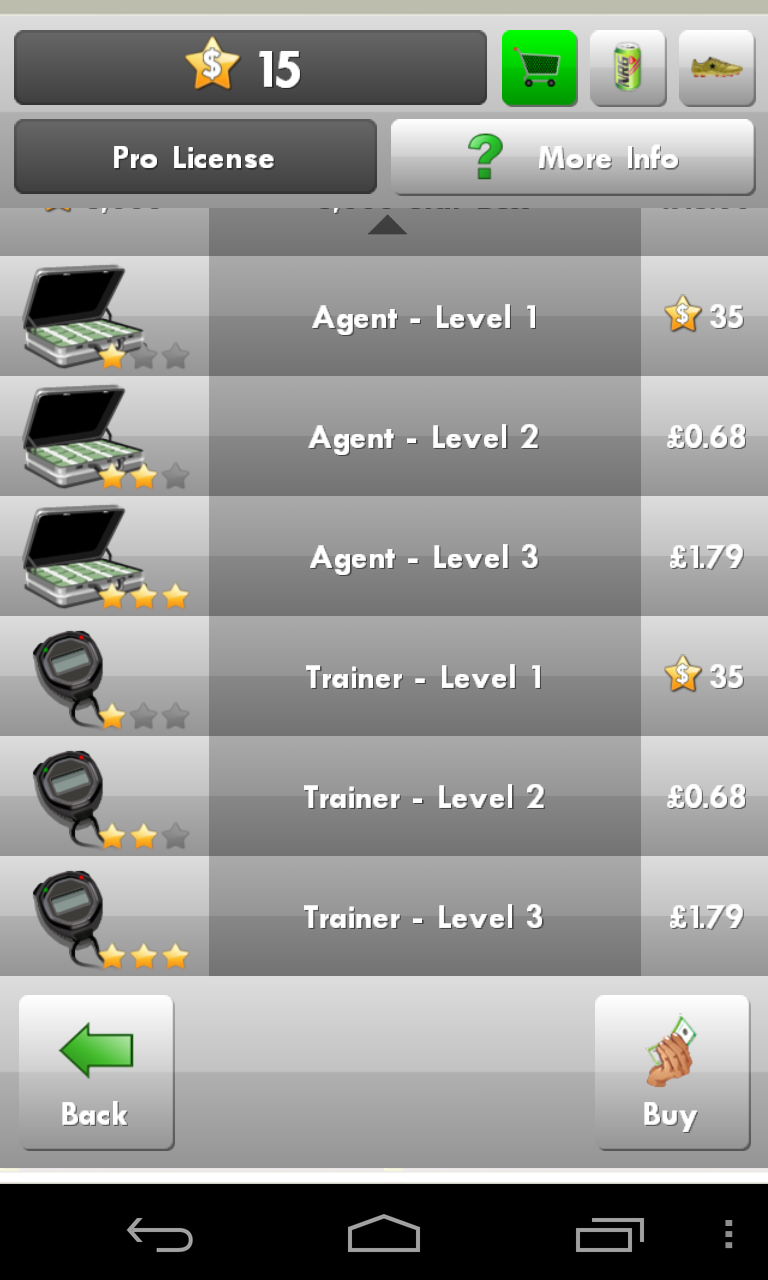 Pay for levels 2 and 3. (More than the original price of the app, the price I had originally agreed)

I asked the developers if there was a way around this. They said computer says no:

@PaddytheRabbit Not at the moment, those items are there for people who don't mind paying to boost their game, you don't need them.

He’s right. I don’t need them. The game is just designed to be harder without them.

2. Thou shall not let me delete something I’ve paid for.

My friend who also purchased the app wasn’t so lucky. He didn’t get his upgrade for previously buying the app. His sin? Deleting the game. Apparently the game checks for a paid version installed on your phone before upgrading you to the pro license. Now I’m afraid to delete my game. will I be downgraded forever? I’ve heard other horror stories of real time based strategy games. You can pay to speed your game along, but if you delete it/start again/the save file is currupt then you can’t return to where you were. Back to the start you go.

It’s a shame because it was a great game by a nice development team. The updates to the game are actually pretty good, but the smallest changes to a game can change the game play for the worse and when those changes are based around getting money out of the player it really puts you off playing, particularly if you’ve coughed up money for a different experiance. That doesn’t mean free to play can’t be done okish. I think Team Fortress 2 does an ok of keeping the balance between payment and fairness, I just can’t think of any other examples..

Well said. This bait and switch tactic annoys me too. And it’s not just limited to games.

It’s frustrating because I don’t think they started out with that intention, the smell of money is just too much. I wondered about other aspects of software, have you been burned in a similar fashion?