What is an educational video game anyway?

When I think about educational games they usually fit into one of two categories. There are games that have been developed from the ground up to deliver an educational message, such as the flash based CBBC games or instances in which an existing game has been used in a particular way to teach something, such as the geography teacher using Minecraft with the ordnance survey data. Either way, it appears that for the educational label to be applied there must be an explicit educational goal. It seems there are rules to who can set the goal, it must be an educator, either the developer (or person telling the developers what to do!) of the game or the teacher sat next to the player who can explain what exactly it is they have taken from their guided game experience. 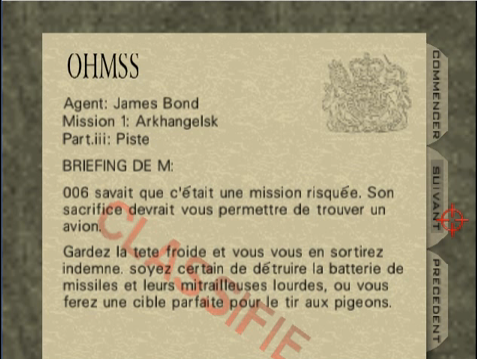 I once tried to convince my french tutor that playing the french version of Goldeneye N64 counted towards my ‘practice french’ homework.

Video games already have goals set for the players and as such the educators can map their educational goals on to the goals of video game.  If a goal of a game is to tell a story, which it often is, then perhaps the story can be an educational, maybe the player can act out the Oregan trail. Games are not always about stories though, and a common trend in video games is not to set in game goals for the player. An example of this is Minecraft , which does have what is called an ‘endgame’ but does not really push the player to get there; just ‘being’ in the virtual playground Minecraft is fun, with players setting creating their own goals. Educators all over the globe scratched their head at this and decided that to be educational they had to sit next to the player and tell them to do something educational and explain why it was educational.

I find it odd that we don’t discuss Minecraft as educational without the educator sitting next to the player, isn’t a playground where we set our own goals and work towards them on our own accord educational? How about a multiplayer version if that? As a child playing civilization I would play Gandhi, build the Great wall of China (in Delhi) and rush to discover gunpower so I could wipe my enemies off the face of the earth. Doing it wrong is educational.

A more recent trend is to give players tools to lose the game; often the game throws increasingly complex situations at the player until they are forced to lose; not only is there no in game goal, but there is only a lose scenario. The idea is that while we may have lost we have still experienced a story. Such as the dwarf that went mental because he lost his sock and destroyed your Dwarf Fortress or the bandit who gained your trust just to kill you for your bandages in Dayz.

I think this style of games with a lack of positive in-game goals lends itself perfectly to education. All my current modelling interests give me scope to really mess up, and I love seeing the results. Last week I showed a student an Agent Based Model that simulated climate change. The first thing he did was try and kill the entire population of Earth,  did he learn something while he did it?  Of course he did.

Play is educational, with or without goals set by a teacher. Perhaps we should start to label the non-educational ones instead.