The playing for change event was a fun day and kick off event for the Games and Social Change Network. I popped along to check it out and wrote some rough notes to remind me what happened, I’ve tidied them up (only a little) and thought I would throw them on here. 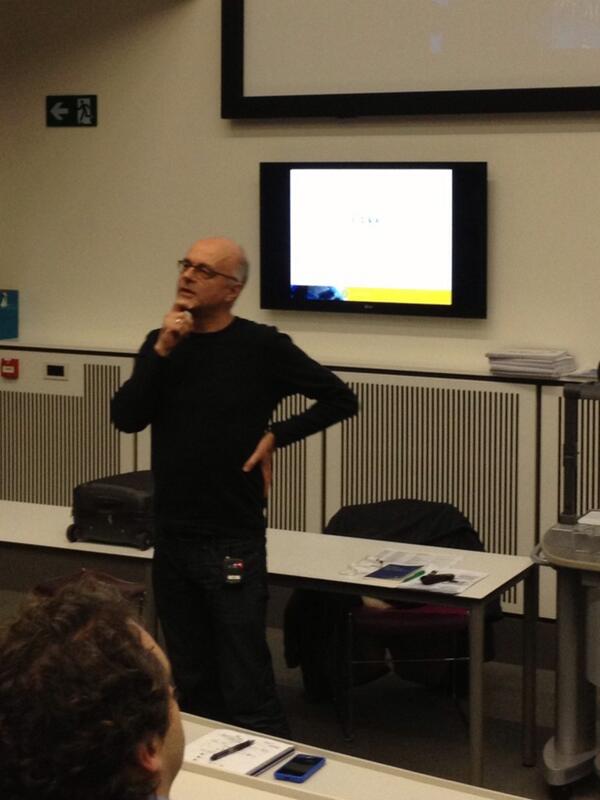 Tweet and pic by @overthewire: #play4chnge ‘Social movements always used media – maybe they could use games?’ Imagine that. Cameron/Clegg: The Game. pic.twitter.com/QsE7oHxkig

The first presentation was given by Joost Raessens who gave a very interesting keynote. I enjoyed Joost’s presentation because he knew the work of people like Jane Mcgonical and felt sympathetic to their aims but felt there was a gap between the simple, catchy and jolly catchphrase of “Play can change the world” and just exactly how this will translate to any kind of social change. There were quite a few really interesting looking books and references in Joost’s presentation and I had trouble keeping up with them all which ended up in me getting a little confused, fortunately the slides are going online so I will post a link when they are up. I am interested in flicking back to  the journalism part of these slides, particularly critical realism because that is always been on my radar under “wtf, there seems to be something here but I’m really confused”.

The Q&A session with Joost was also interesting, when somebody asked about examples of games making a change he cited hopelab who developed a game similar to the film ‘Fantastic Voyage’ where players travel through the human body killing cancerous cells. The effect was children who played the game did a better job at taking their medicine but they also wanted to community to understand what the children were going through but the game wasn’t haven’t that desired effect; this led to the team to designing a different version of the game with a stronger narrative. Joost thought it was interesting that to encourage some compassion the designers needed a stronger narrative, but to teach the children to take their children they needed less narrative and more simple interactions with the game.

The Rethinking Gamification session was ran by Mathias Fuchs who works at the Game Lab at Leuphana University. This was a very interesting workshop and was explored the relationship between work and play in different cultures.  First Mathias looked at current definitions of gamification and quotes about games from history. It started to hit home where he was going when we got to Al Gore’s somewhat scary/toleration/dictatorial stance of:

Games are the new normal

Because ya’know, everything a politician does is a game. He then started to look at a false consciousness  (is that the word?) take on societies processes, with quotes such as Mary Poppins:

In every job that must be done, there is an element of fun. You find the fun and snap! The job’s a game.

When this quote was written the working class had very little to look forward to. The conversation went back and forth looking at pre-digital game such as the methods of composers and Mark Twains system to remember the dates of Kings and Queens.

Back talking about modern era gaming I was stuck by a game that Mathias showed us called ‘Camover’. A German game that rewards players for destroying cameras in public places. A bit scary perhaps. This had completely passed me by but you can read the Guardians take on it here. The presentation session ended on on  schools of though on play and how they related. Bataille, Adorno, were discussed and I can’t remember enough to give the conversation justice.

Finally the audience put together a list of quotes to do with work and games from their culture.

At lunch The Lark performed super political street fighter which was a bit of fun. Members of the audience gave ideas on how they wanted the country to be ran while two dudes dressed as Ken/Ryu battled it out on SF IV to see which ones should be implemented. The social change arcade machine which was supposed to be working at lunch didn’t seem to be working.

The sandwiches were pretty tasty. I missed session two as I was unavailable when they were starting up. I used this time to write up my notes. I am led to belie that they had some physical activities involving the Oculus Rift in one of the sessions. Could have plugged my tutorials on developing content. Drat.

Hasn’t happened yet! Will update!