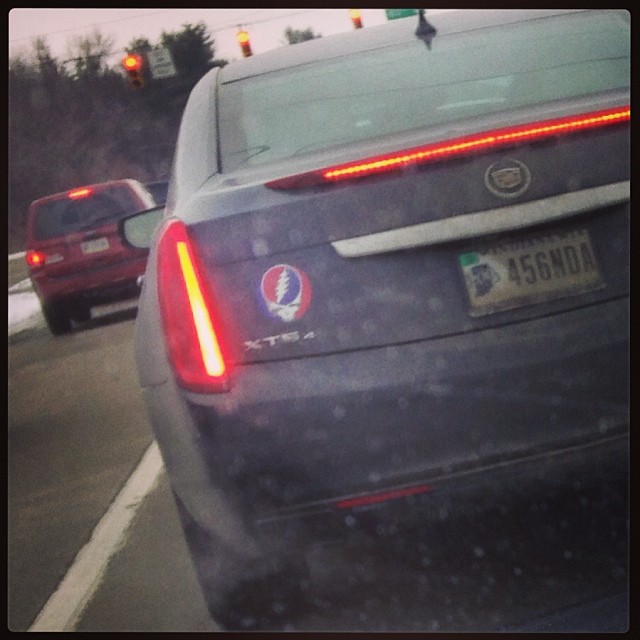 A deadhead sticker on a Cadillac

I have been writing a lot about ‘openness’ recently. I am struggling with what it means to be an open academic and while my posts are confusing they help me think and even more importantly I get feedback and comments. I think one of the main things I end up talking about with people who have read my posts is that delivery is just as important as content.

I am currently at an academic event at a University in the UK. There is security personal everywhere, not ‘beefed up’ for the event, it is always like this. The University itself is nowhere important, both in the league tables and in terms of physical location. The security, which could easily be replaced by an automated swipe machine, isn’t there to make us feel secure, we don’t exactly feel threatened out here in Nowhere Important, it is there to make us think we are Somewhere Important. I must wear my lanyard at all times, I gather it is to show I belong Somewhere Important. 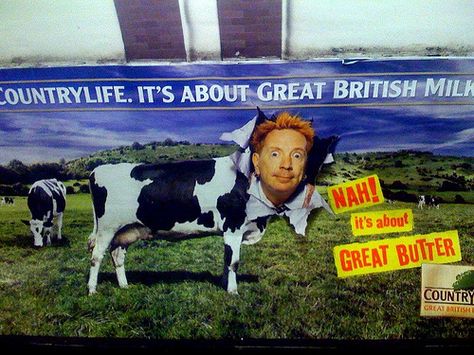 Johnny Rotten on an advert for Butter available at the farm down the road from his £5000 a month three-bedroom property in Chelsea.

While I find it hard to put my finger on what my issue is with being told to be more open in academia, it is academic events that very nearly give me an ability to verbalise it. A few weeks ago, I sat in a presentation, at the end of the presentation they showed a video of a TED talk. At the end of the video, the presenter did a little dance, “didn’t that blow your mind! It changed me as a person”.  It didn’t blow my mind – the video was about how we push our kids too hard to achieve. I cannot believe that it took a  video to convince you that we should be kind and caring to children. Of course, it wasn’t the content of the video that was important, it was the Ted dressing. Have you ever seen a Ted talk you’ve disagreed with? It is really hard to say something other than what people want to hear on such a platform. They aren’t ideas worth spreading, we watch Ted talks and we know that we will agree and feel good,  egos worth paying for. The institution I am currently sat in now recently hosted a tedx talk, they could have hosted it a million ways, but the academic elitism of a TedX was just to much to pass over. 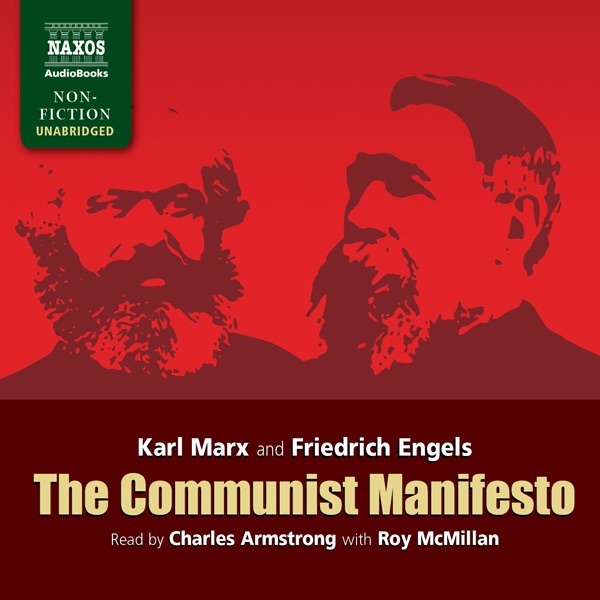 I was kind of hoping that the event I’m skiving from now would be an anti-Ted event and good for the institution, the event itself is about anti-establishment subcultures. Based on that I thought it shouldn’t really fit into the vibe of the institution that’s holding it, but it does. In the entrance to my institution are ‘graduation gifts’ such as a teddy bear with the institution’s name on it – behind it is currently a makeshift stall where you can buy conference merch. The most fascinating thing to watch is the self-organising creation of a hierarchy. There is around the keynotes, the pope and cardinals of anti-establishment.   The humorous moment when a PhD student was told that the professor they were talking to wasn’t the one they thought they were – have never played in ‘that’ band, they just shared name- then the resulting face of “shit – I flew over here for nothing”.

I am aware there are adverts on this page. I don’t even know what they are selling you, they will be tailored to your likes. The message I am trying to put my finger in shouldn’t really fit into the vibe of this blog and the tweet that follows.

[…] I wrote this after seeing an inspiring Ted talk and releasing that all ted talks are inspiring because there is nothing to disagree with. The ted talk was on how we should care about our children. Why the hell wouldn’t you be nice to children? Why does that need a ted talk? Turned into this post I made at a punk conference which was the least punk thing I had ever been to… […]